Good section, and an interesting proposition. I left some comments on the MR.

It’s unfortunate that we didn’t use the chance to lock the version field but I think it doesn’t have to mean a potential future change would be set back for one upgrade cycle, because it’s possible to roll it out simultaneously and deal with the “attack” of new numbers appearing before activation.

The node would have to build a little database of seen TX versions and keep updating it till’ activation height, and the newVersion post-activation would be deterministically computed based on the database.
If most miners are mining v1/v2 then TX-es having non-standard numbers would be significantly rate-limited, so whatever “attack” would be rate-limited and rendered pointless by the newly-seen-version-aware activation code.
At some point post activation, the code could be shed and the database hard-coded.

To illustrate, imagine the version field is a 4-bit number (0 to 15), but we have mined some “pre-lock” blocks so numbers 0, 1, 2, 3, 5, 6, and 12 are unusable. We’d have only 10 numbers available for the cleanVersion.
We could assign the pre-lock TXes a single version, like cleanVersion==2 and define a function using some simple number skip algorithm:

I left some comments on the MR.

The timing issue is still not addressed in your idea. Your conclusion seems overly optimistic.

The timing issie is where deployment requires all libraries, apps, javascript files and wallets to get replaced with the latest code at the time of the protocol upgrade. A nightmare of deployment.

I would say we want to give the ecosystem months or years time to update the software, test it and deploy it. And that is only possible by staggering the version number restriction protocol upgrade and the transaction-format change protocol upgrade.

You speak like its the past tense, the protocol upgrade is still many months in the future.

It would show maturity of the leadership of BCH to either include the (trivial to code and test) this upgrade that already has majority support. Or to accept that, and plan for, the tx-format change to be activatd no earlier than 2024.

Take responsibilty for the decisions made, in short.

The timing issie is where deployment requires all libraries, apps, javascript files and wallets to get replaced with the latest code at the time of the protocol upgrade. A nightmare of deployment.

If you code them to use the newVersion accessible through a new node API, then they can prepare in advance. Whatever version is added between software release and HF activation would not affect the newVersion value, it would only affect the upper bound of the available range. There’s still the problem of those who’d want to read the version directly from the raw TX, they’d need to keep their list of used up versions updated, and continue to be aware of block height context until the HF activation. So yeah, not impossible but still ugly, and I was overly optimistic.

You speak like its the past tense, the protocol upgrade is still many months in the future.

I know. It would be great to have it locked in 2022. Even if we don’t change the format, context-free parsing is still valuable. Post upgrade, version could relate 1-to-1 to the applicable consensus specification.

Because the nature of the change makes it a soft-fork, maybe it could still be added if people see the value? Even if it missed the November window… with this kind of change, it’s enough that miners upgrade. Edit: SFs are ugly… my thinking was flawed.

And the data tells us that 100% of the miners are currently mining v1/v2, sticky defaults?

@tom issue tracker is disabled on your repo, there was some talk on telegram regarding moving this forward and @Jonathan_Silverblood wanted to submit an issue when he discovered he can not.

The last commit was 9 months ago, so, we need to know, do you intend to continue to work on this CHIP?

For reference, I think that it would be good to add a clear list of identified stakeholders, make a technical section which shows all possible outcomes and behaviour and I’ve be happy to provide a statement of my own if suitable.

The statement by andrew can further be strengthened now that BU have voted for the change in BUIP170.

In a discussion touching on this subject with regards to native introspection, some research was done on how much abuse there has been over time for the transaction version which would be helpful to have in the chip as well.

@bitcoincashautist or @bitjson can probably provide more detailed information on the usage.

Both Jonathan and Jason have been given full access to the repo, please feel free to do anything with it you want, I know you guys have the same goals I have so no need to ask permission first.

Just wanted to leave a comment here that it’s unfortunate we didn’t get this into the May 2022 upgrade. But I strongly support this as a new consensus rule moving forward for any future upgrade. Bump +1

I support this change as a BCHN developer and Knuth lead dev.

I’ve done a bunch of changes and set up an MR, would appreciate review so I won’t mess stuff up: 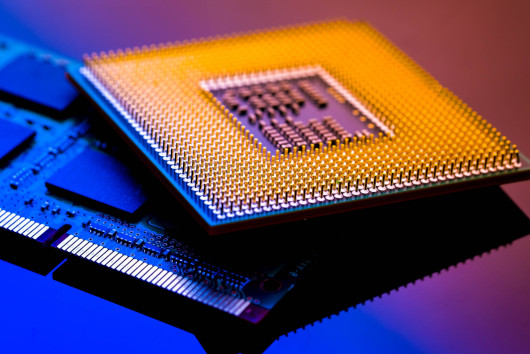 Updates language to be more formal in many places, added further clarification on risk and costs, included reference to repurposing by external actor if...

Is this ready for implementation?

It looks to be in a good state to me, so I would be really sad if it doesn’t make in the next cycle. If anyone knows a reason for why this shouldn’t be accepted as it stands today, please raise your concerns so we can fix them in good time.