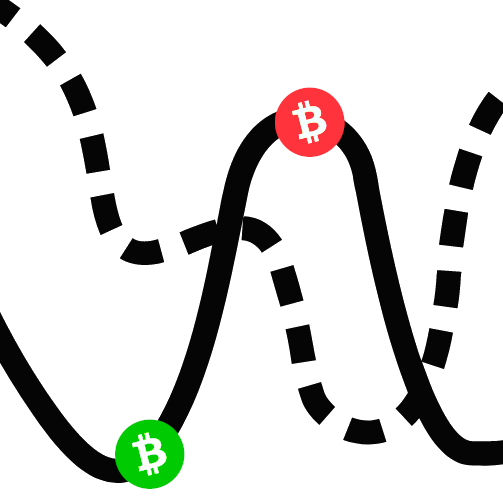 Intervention in the foreign exchange market has been, and continues to be, an important feature of the conduct of economic policy in the present system of widespread floating. Central banks may buy or sell foreign exchange for a number of reasons. They may “lean against the wind” of short-run fluctuations in exchange rates in order to promote “orderly market conditions,” or lean against the wind of longer-term movements in attempts to influence trendlike appreciations or depreciations. Alternatively, they may attempt to speed up adjustments by purchasing or selling foreign exchange when the domestic currency is depreciating or appreciating. Finally, they may buy or sell foreign assets for other reasons than to influence the exchange rate, such as to alter the domestic money supply or to finance government imports or exports. – IMF

Concerned members of the community are worried that BCH price is so volatile and they agree to try to add some stability to it by buying 1000 bitcoin cash at $580 and selling it at $620. It’s ~%7 spread. Users will know that what ever the price end up with they will either keep the stable currency or the BCH. If BCH price goes above $620 they will wait for some period then put a buy order on $600 rising the lower buy price for BCH from $580 to $600.

This need too much money, right?

Yes, but community have voluntarily donated over 9470 BCH to flipstarter projects without asking for direct financial reimbursement. Some projects have received 1000 BCH. Here you are not giving the money directly but participating while saving value so I expect more capital can join.

How to chose the correct price?

Like we discusses network upgrades. There might be proposals and discussions then people can hold a vote by BCH holding as some did in the IFP/TAX debate.

For example, for deciding spread there could be discussion to have it close to Paypal or Visa fees to encourage merchants to accept BCH. Later when more liquidity come there could be multiple price tires for different stability levels.

Why use a DEX?

Because people can participate in DEX without giving control over their money. Also the open nature of DEXs means it would be a bit difficult to use exchange tools like shorting to manipulate the price. Big whales will have to move their money out of central exchanges to the DEX where it could be easily discovered.

Can this be automated, do I have to keep the DEX running?

This is one of the challenges. The DEX that I think is ready for this only works while the software is open. Some users may chose to run AtomicDEX liquidity provider service on an external secure server but there is still a risk. However as there is no one provider it would be troublesome to attack multiple different servers or PCs at the same time.

Is it possible to have this using Flipstarter pledges style?

Who will benefit the most?

Maybe merchants? They might be more willing to accept BCH knowing that if price drops they can still go the pool and get a decent price for their BCH.

Do we need to set sell price, Wouldn’t that limit BCH price?

It might limit it but I believe that the value in stable peer to peer electronic cash outweigh the risk of limiting the price. Also we need to keep the algorithm active, just holding would break it.

When this is done on chain it will add more real verified trading volume to BCH, it will withdraw liquidity from some exchanges so it limits ability to manipulate or short BCH.
Also many people will be more willing to keep holding BCH while there is liquidity in the pool.

What are the suggested pairs?

Not sure for now, it could be some really stable hard to manipulate gold pigged coin or just USDC or maybe Ergon when it gets more liquidity

Could be, I just posted here to hear from smarter people. If you have smart take on this idea please share it.

im really happy to see some attention to the volatility issue. Seems like it is going to be the next big topic after the current focus on programmability and speed. Perhaps relevant here is this comprehensive list of all the viable volatility solutions i try to maintain https://read.cash/@tula_s/briefly-on-volatility-83662bba

Your proposal seems to be related to point 2 (anyhedge) and point 5 (miners run decentralized central bank). Both of which tbh seem more viable to me.