Brief guide for splitting BCH-ABC* coins on Electron Cash 4.1.1 and 4.2.0 or any noncustodial wallet

Relevant notes before you get started:
For the purpose of this guide:

Be aware that Electron Cash will likely release a version that rejects any ABC servers at some point in the near future. When that happens, procedures detailed in this guide will still be relevant for executing the split and preventing replay, but users will have to access their ABC coins from a wallet that allows ABC servers connection.

This guide is provided for informational purposes. To proceed with the coin split please follow the steps:

Download and install Electron Cash 4.1.1 or 4.2.0 wallet from https://electroncash.org/. Do not download the wallet from any other source. If you want to be 100% sure of authenticity, you can verify installer/executable files before running them following the instructions provided here.

2. Connect to a BCH server

Make sure the wallet is connected to a BCH server instead of to an ABC server. You can verify that by clicking the same bottom right green icon or by going to Tools>Network, and then selecting the Server tab. 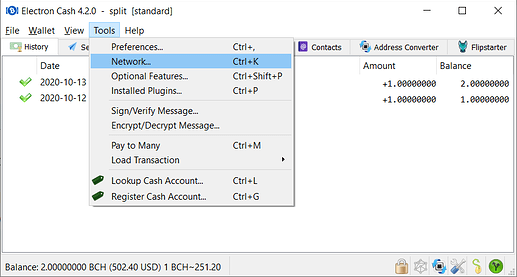 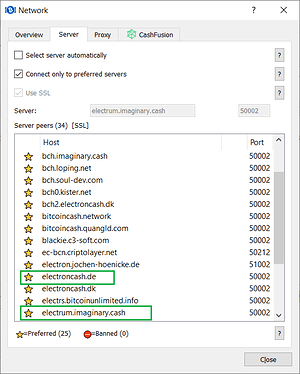 Most Electron Cash servers are BCH such as electrum.imaginary.cash and electroncash.de, but notably a few are BCHA such as taxchain.imaginary.cash, which will become useful later. For now, guarantee that Electron Cash is connected to a BCH server. If you are not sure, right click on one of the mentioned BCH servers and select Use as a server option from the dialog.

To continue, you should request some split dust to someone trustworthy. That person can be an admin at Bitcoin Cash Node Telegram or Electron Cash Telegram, a trustworthy exchange, or someone you trust who has already split their coins. At this point, go to Receive tab and copy a receiving address (from the wallet containing the coins you want to split) and send the address to them. 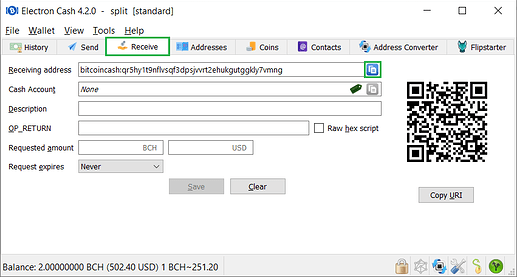 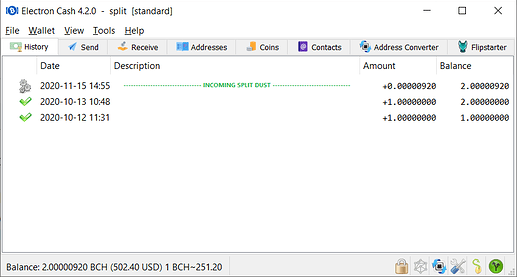 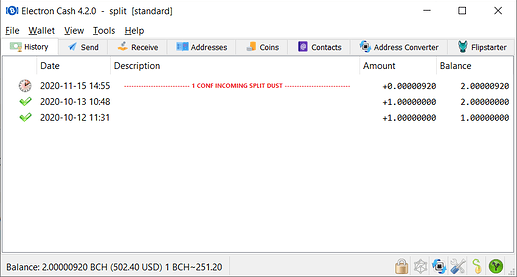 At this point, you now have all of your original BCH in your wallet that is unsplit as well as the new coin which is split. The next steps below will send a transaction to yourself with all of the unsplit BCH plus the new split coin. When you do that, all of the BCH you receive will then be perfectly split with no chance of mixing with ABC coins.

With at least 1 confirmation of the incoming split dust transaction in place (previous step), go again to Receive tab and get a new address. 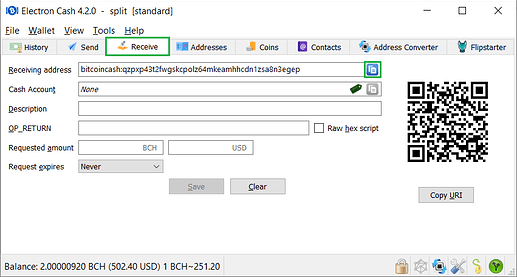 Then go to Send tab and paste the address into Pay to field. (Kind reminder: don’t use the address or QR code of the example images as your funds will be lost). 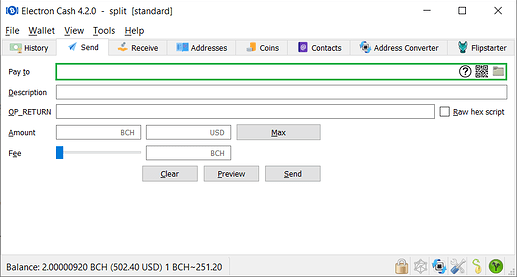 Click Max button and the amount will be automatically filled in. 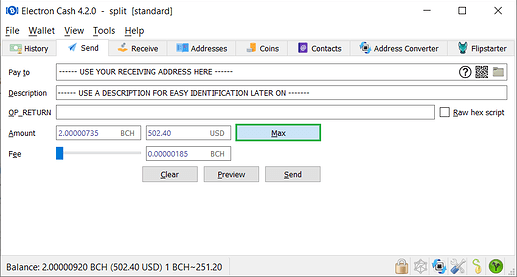 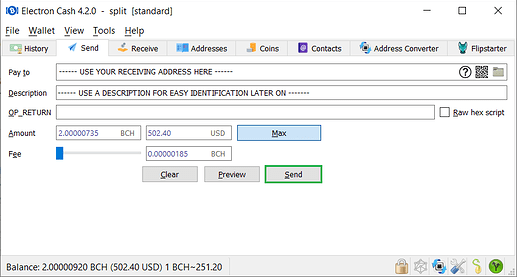 Once the splitting transaction is confirmed: Congratulations, you are done! Your coins are split and safe. That means you can send BCH any time and you do not have to worry about accidentally sending ABC coins together with it.

The following steps explain how to connect to an ABC server using Electron Cash 4.1.1 and 4.2.0, and are relevant for sanity check only but not essential for the process of splitting coins itself.

While waiting for the splitting transaction to be confirmed by the network or after, you can switch to an ABC server (such as taxchain.imaginary.cash) with a similar procedure explained at point 3. Go to Network settings, and then Server tab. If you see taxchain.imaginary.cash (or any other ABC server you know) in the Server peers list right click on it and select Use as server from the dialog. If you don’t see any ABC server in the list you can manually add it by typing in the Server field. To do so just uncheck both Select server automatically and Connect only to preferred servers options. After adding the server, close the Network dialog. 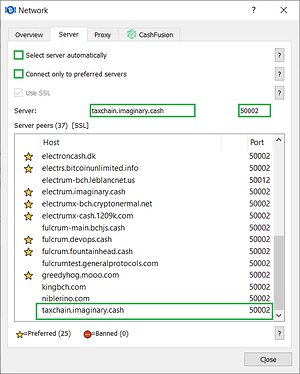 After switching servers your last two transactions (split dust transaction and splitting transaction) should disappear from the list under the History tab. That shows that you have moved only BCH coins and they are part of the post fork BCH ledger. Here you are seeing just ABC coins.

In case you want to move your ABC coins for any particular purpose you can proceed with a new transaction maintaining an ABC server in your Network settings.

After that switch back to a BCH server and both transactions (split dust transaction and splitting transaction) should reappear under the History tab.

Be vigilant if you receive unsplit coins into this wallet, in which case you can repeat the workflow from point 6.

After this point, any time you want to send BCH with Electron Cash 4.1.1 or 4.2.0 do check that you are using a BCH server before sending any funds. Vice versa for sending ABC coins. As mentioned in the introduction, at some point in the near future, Electron Cash will stop supporting ABC servers and you will need to use software provided by the ABC ecosystem to send and receive ABC coins.

You can follow the procedure above with any other noncustodial wallet as long as you can make sure the wallet is on BCH chain instead of ABC chain.

If used on a Cashfusion/Cashshuffle wallet, this can severely degrade the wallet’s privacy. For Cashfusion in particular, simply leaving the split dust in and letting the coins fuse for a while may work better. 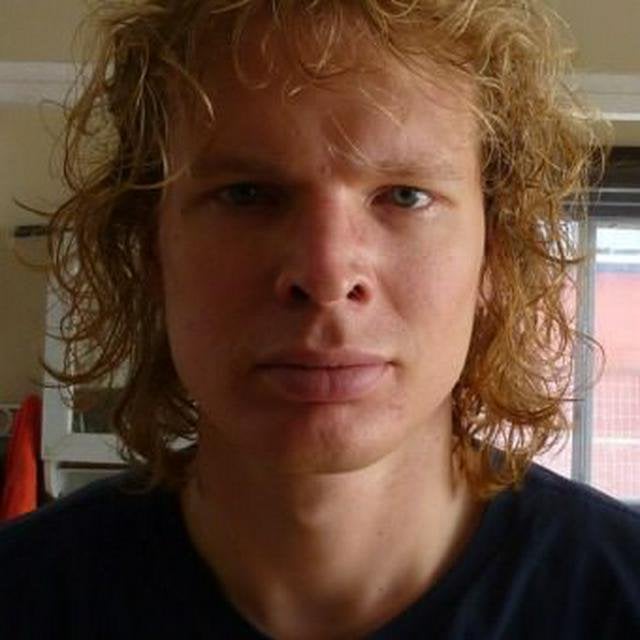